I have been wondering pretty much my whole marriage, what is wrong with my husband?

Before you jump to conclusions and think I hate my wonderful hubby, listen to the background.  My husband has had IBS for 12 years now and suffers quite badly from that.  He thought it was cause by a milk allergy so we just stayed away from milk products.  Over the years, it has slowly gotten worse.  Now it doesn't seem to matter if he had milk or not, he will have a horrible reaction.

I have been asking him for years to go see the doctor and see if they can tell him what is going on.  Well finally he was fed up with it, so he went.  It's kind of like "you can take a horse to water, but you can't make him drink."  It had to be his own idea.

The doctor gave him a few tests, but he said it was probably a Gluten allergy.  They sent him for a blood test to see if that was it.

Since he came home that day and told me, I have been on the hunt for GOOD gluten free recipes.  I have tried a few.  Some are awful, but others are wonderful!!

I made gluten free pancakes for my hubby tonight, while I was making normal pancakes for everyone else.  I added food coloring to the mix so that they wouldn't get mixed up with the normal pancakes.  They were a "wonderful" shade of green......my kids thought they looked cool.  They tasted awesome!  Not grainy or anything! 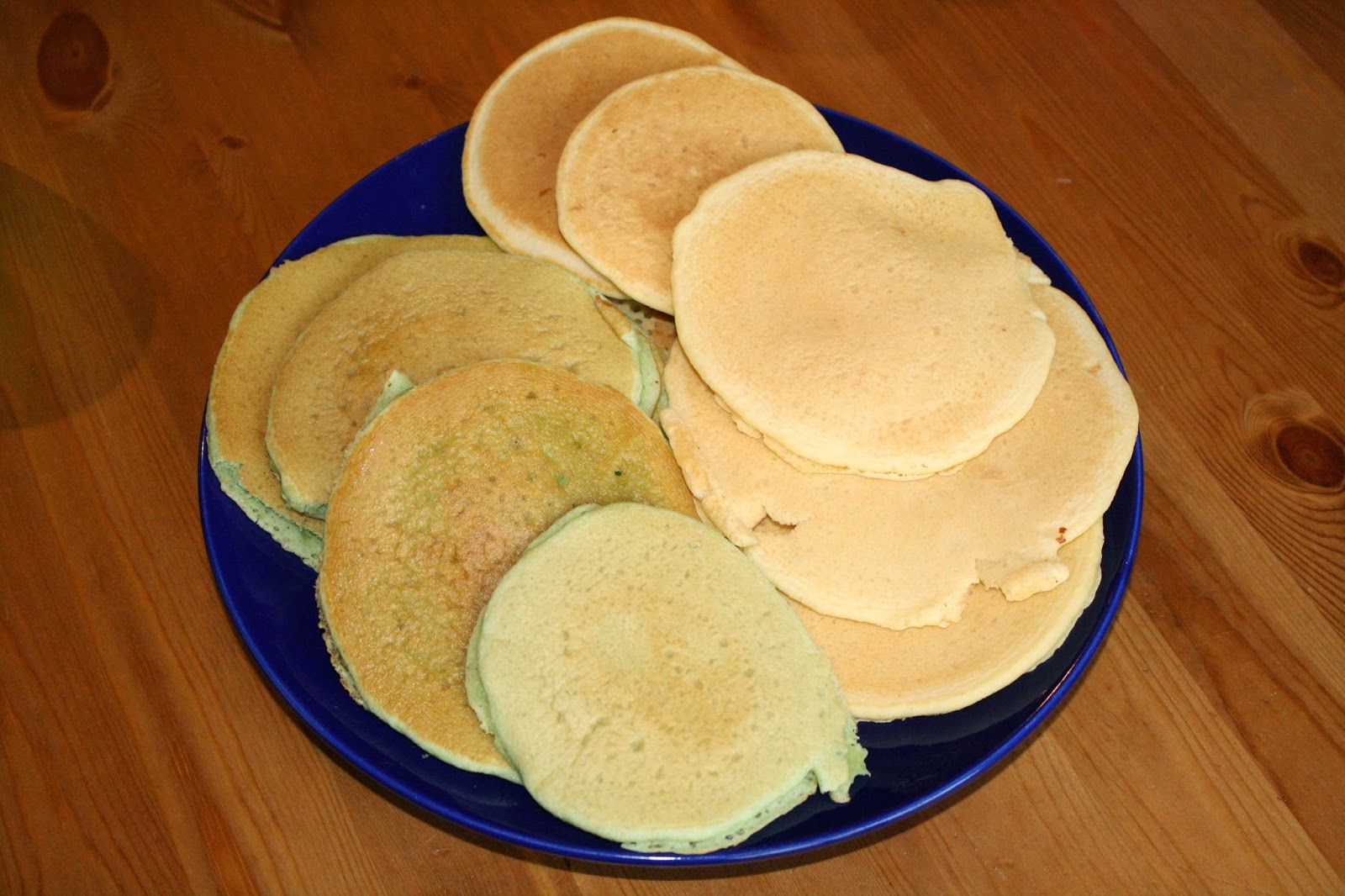 For each cup of dry mix, add
1 egg
2 Tbsp oil
and milk to make it the right consistency.

I also have been harvesting my garden lately.  I planted two zucchini plants and neither of them have been producing much, so my friend brought me two of her zucchini.  They were ENORMOUS!!!  I used one and made zucchini brownies.  The other one I made Gluten Free Zucchini Bread.  It is really good.  I was worried that it was going to be grainy like the banana bread that I made earlier this week.  FYI, never use all rice flour when making a recipe, always mix it with the gluten free flour.

Here's the recipe for the Zucchini Bread. 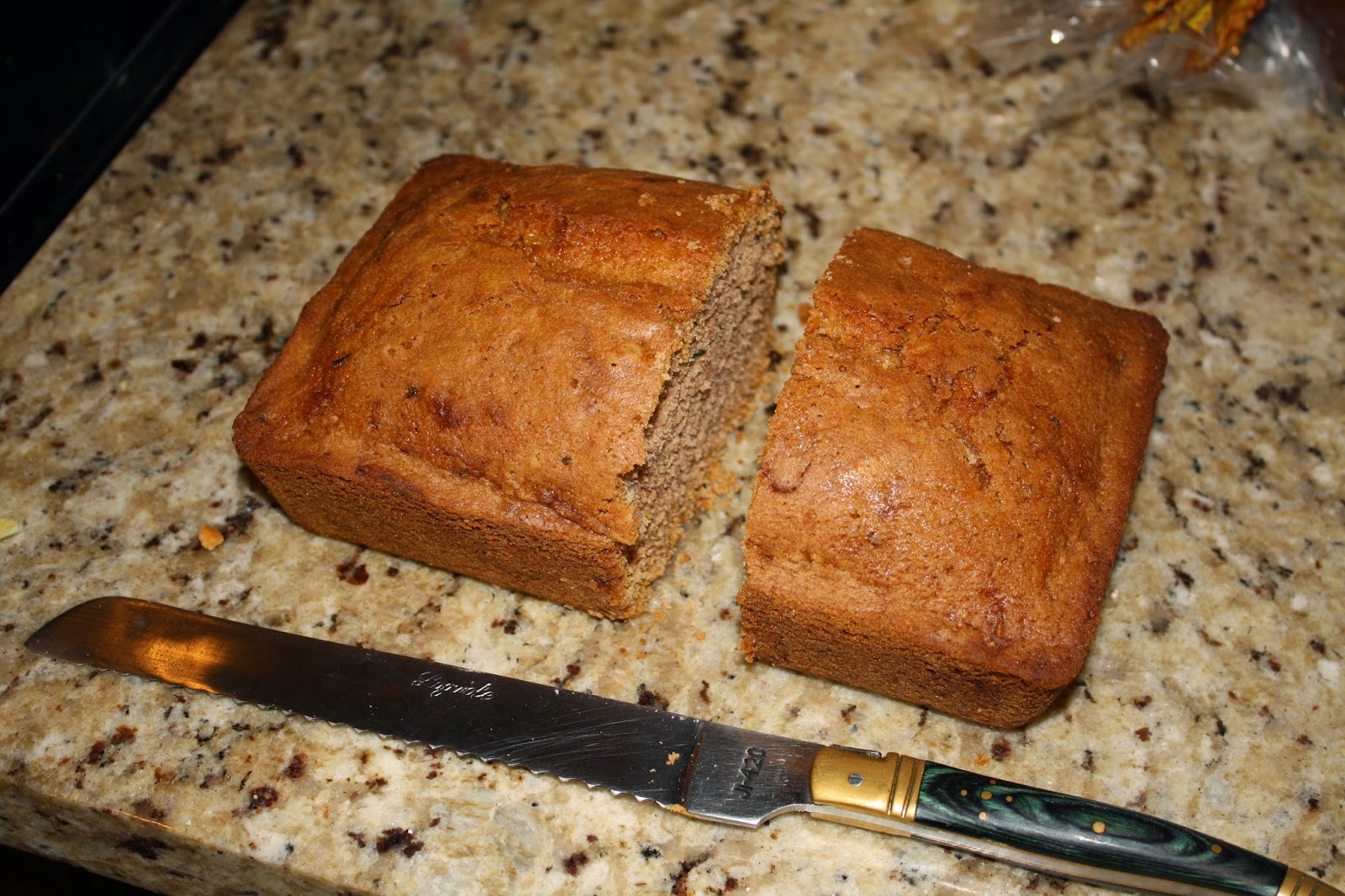 Mix the wet ingredients and then mix the dry and them mix them together.  Now here's the IMPORTANT part, LEAVE THE BATTER COVERED IN CLING WRAP IN THE FRIDGE OVER NIGHT!!!  It allows the coconut flour to soak up the moisture so it won't taste grainy.
Grease the 9x5x3 loaf pan.

I am really trying to help my hubby stay gluten free but have tasty things to eat.  If you have any recipes to share, I would love to hear about them in the comments.