The Best Easter Weekend Yet!

I love telling a story through pictures, because if a picture is worth a thousand words than I am writing a very large novel series here. :) 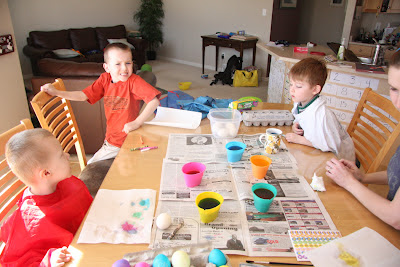 
-a little peek at what the boys were making.


My friend, Erin had found these little foam hands and feet at the dollar store and they were so easy to hot glue to the egg.  I think it gives them a little more character, don't you? 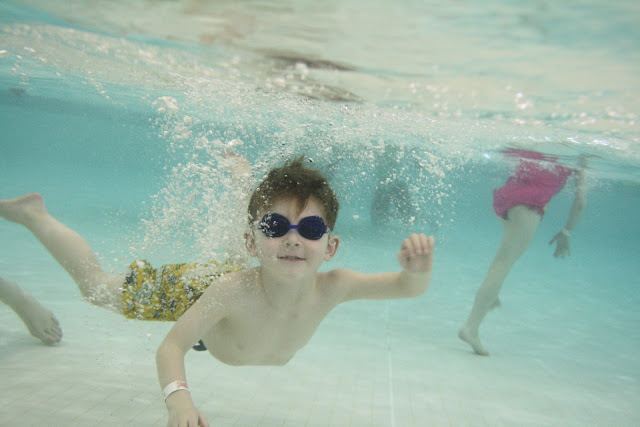 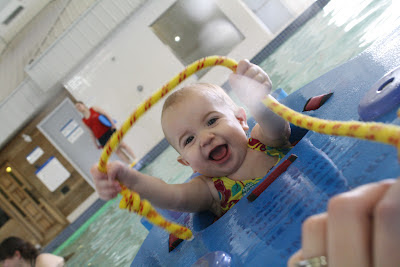 This is Odin and Thorin's friend that they invited swimming.  He is a fish!!  He just loves to swim, which makes for some very cool photography opportunities. :) 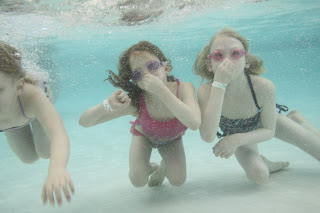 This is my little Linny. She was really enjoying herself in the pool.  We don't take her very often because of my husband's shift work.   That would just leave me to take them by myself and I might be a little crazy, but not that crazy!!!


The pictures to the right are

-my nieces and they are a barrel of laughs.  They are a couple of girls that were born to be in the water. 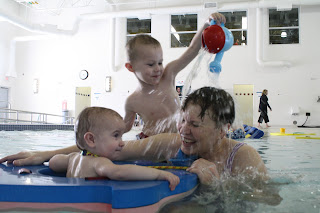 - this is my son being a total pill!!! He loves to dump water on grandma's head ..... anyone's head actually.  If you aren't watching out, he will get you! 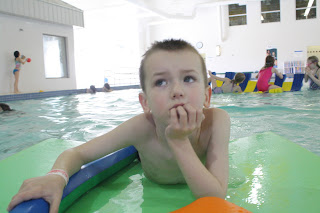 This is my Odin.  He is not a water lover.  He  loves to just sit on his mat and watch everyone else have fun in the water.  I feel bad that he doesn't like the water more but he has always been afraid of the water.  Not sure why....... 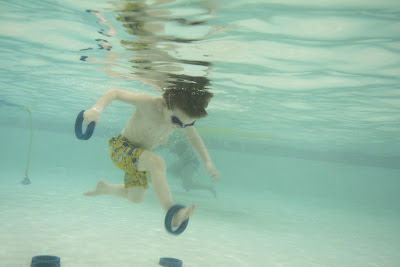 Another photo opportunity made possible by my friend's son.  Thanks Wes! :)


So I am taking pictures and minding my own business, and all the sudden I hear giggling behind me..... I turn around to see Thorin and Grandpa coming to get me with their bucket which they were trying to hide under the water.  Nice try, boys. :)  Don't you just love those mischievous faces that they have on? :) 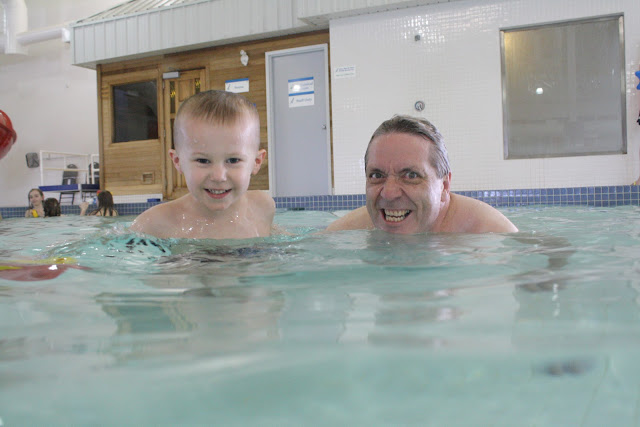 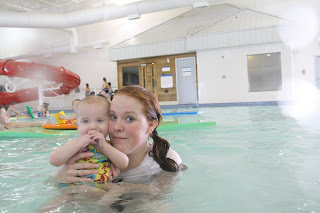 So my sister-in-law, mom-in-law, and I were talking about if I had ever tried to dunk my baby under the water yet.  I had heard about the "blow in their face and dunk them" method but my sister-in-law had heard of another, and it works awesome!!!


So here we are before I tried to take her under the water. 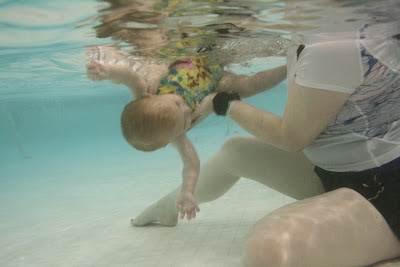 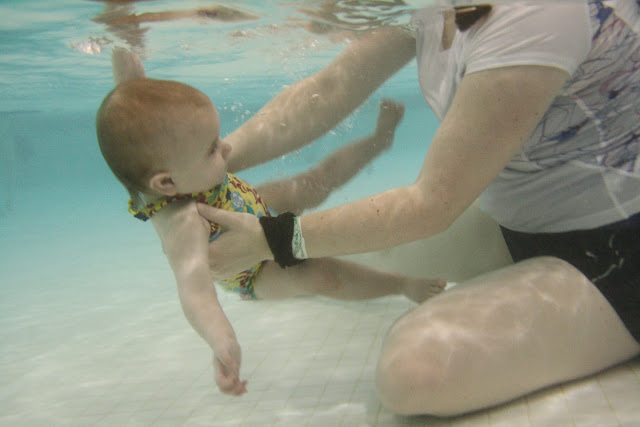 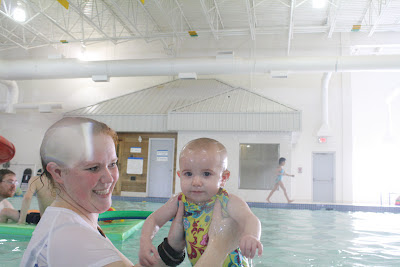 Here we are after being under the water "swimming".  She was not too sure about it at first.  She tends to have this look on her face every time you take her out of the water, but she doesn't complain about it, so she must not mind it :)


This is Linny with Grandma and her cousin Hazel.  They are hilarious together.  They tend to make faces at each other a lot. :) 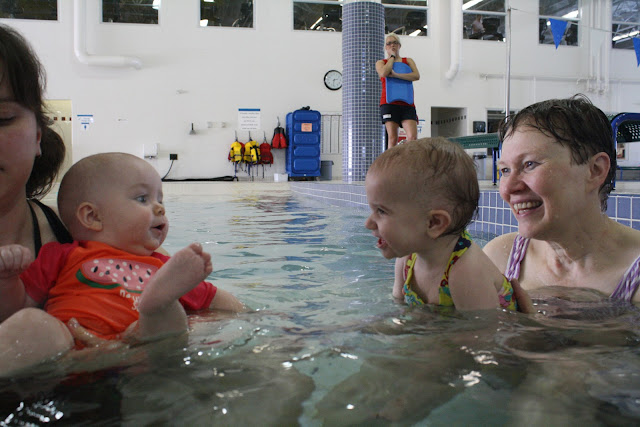 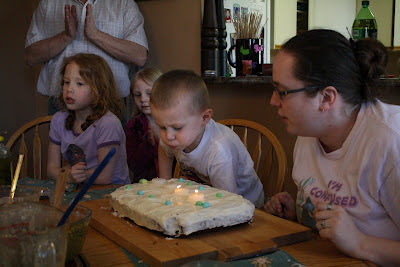 After swimming, we went back to Grandma and Grandpa's house, but on the way, the kids and Grandpa had to go on a treasure hunt for their Easter candy.  They had a map of where it was and everything :)


Then we all celebrated the four birthdays that were in April. These are 2 of the four.  Linny was down for her nap and the other boy lives too far away to join us all the time.

Now this is where it get crazy!  After we all had a wonderful turkey dinner,  some of the family had to go home, but for the rest of us, we were just getting to the best part.
The Catapult war!!! 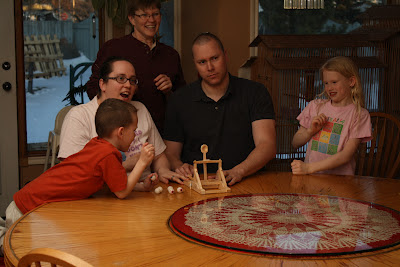 
-notice how the girl on the right looks slightly worried and grandma is using everyone else as a sheild. 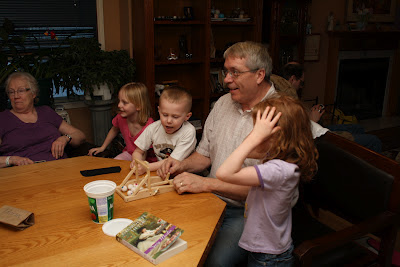 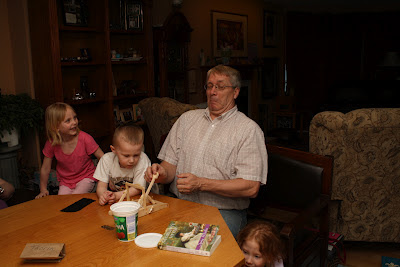 -Notice the girl hiding under the table and the look on grandpa's face.  He just got one in the chest. 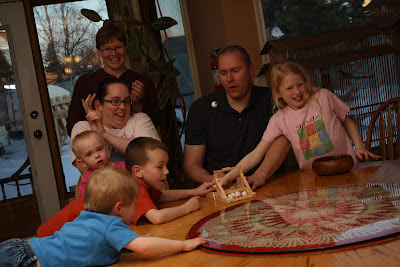 
This is what is being flung around the house.  Rubber eyeballs!!!  Only at Grandpa's house..... 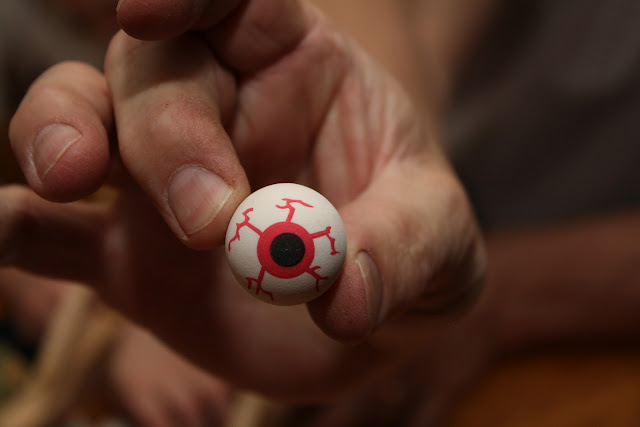 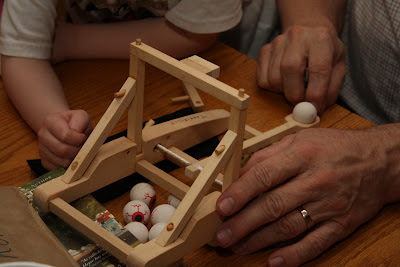 These are the catapults that a few families got one year for christmas and they were the best present. :)


This was one of the best Easter weekend that our family
has all been together and my husband had some of the day off, so it was even
better.  Hopefully this becomes a tradition in the years to come.
(hint, hint, nudge, nudge.....) :)
Posted by Kallie-Jo at 10:23 PM