For my oldest son's birthday party, he asked for a Wild Kratts theme. I had an idea for the cake, which turned out great! 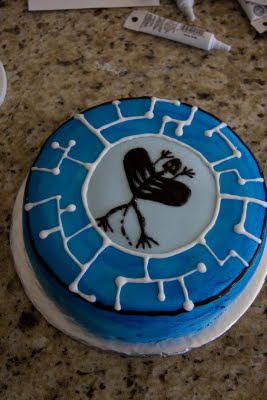 Then I started researching Wild Kratts on the Internet and I found a blog that showed how to make creature power suits. 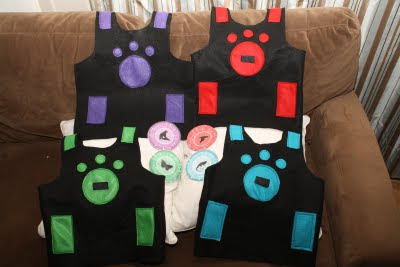 I started searching for pictures of creature power discs online and I couldn't find any anywhere, so I decided to make them myself on my digital scrapbooking program. 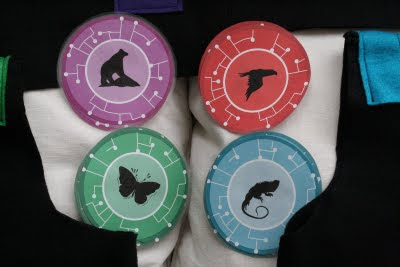 I think they turned out pretty great for having to do them from scratch! I then laminated them, and added a piece of Velcro to the back so they would stick to the suit.

I made 6 different discs. Monarch Butterfly, Basilisk lizard, Falcon, Polar Bear, Dolphin, and African Honey Bee. I put each set of discs,(ie: all the falcon discs, etc)in envelopes and labeled them with numbers and a task they had to do. Once the party started, the "Creature Power Team" had to find #1, and then do what is said on the envelope to get the disc.

#1 was the Monarch Butterfly. I decided that they had to split into 2 teams and wrap one team mate/per team, in toilet paper and then they had to break out of their cocoon to get the creature power disc. 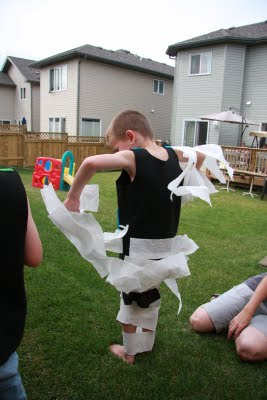 #2 was a Basilisk Lizard, who can run on water!, so they had to crawl race to the next #. 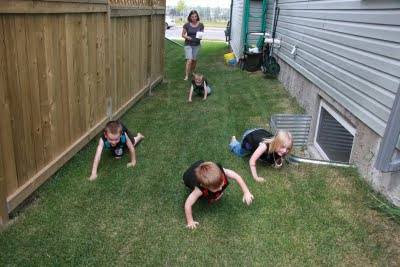 #3 was the Falcon disc. We played "Mouse, Mouse, Falcon!" (Duck, Duck, Goose) Once everyone had a turn being the falcon, we then went to find the next #.

#4 was the Polar Bear. This one was an tough one cause if it was nice outside I was going to have a slip and slide for the kids to slide on their bellies like polar bears, but since I wasn't sure what the weather would be like, we decided to play Freeze Tag. 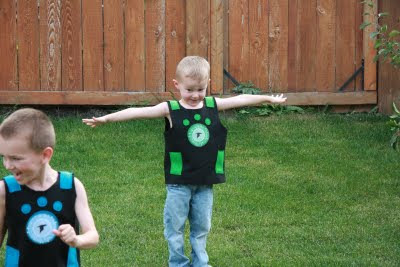 #5 was the Dolphin disc, and since dolphins are so smart, they had to put a 10 piece dolphin puzzle together as a team (each person got two puzzle pieces).

Last of all was #6, the African Honey Bee. I had no idea what to do for this creature, but this was one that my son really wanted because they have a deadly sting, so I just had them go find their parents and "sting" them. :) 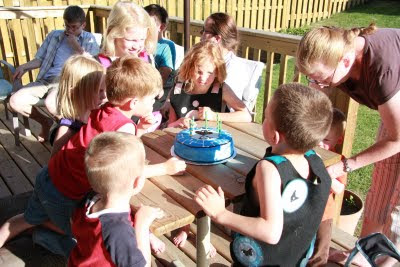 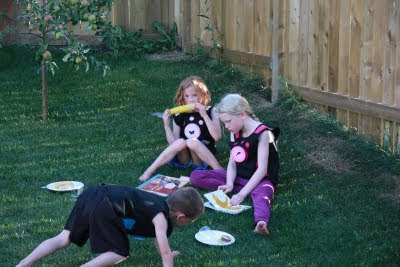 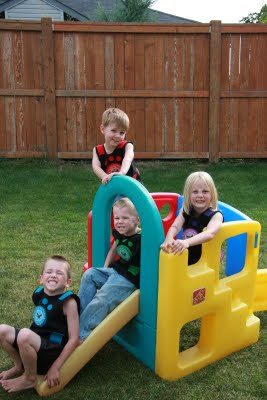 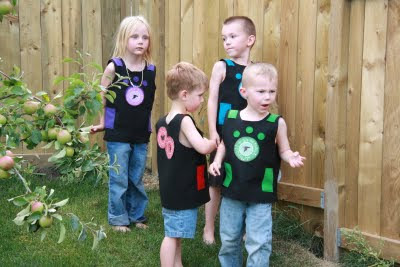 All in all, we had a great time and the kids were happy because they got to take the creature power suits and discs home when they left.
Posted by Kallie-Jo at 2:49 PM